Combat is one of the most essential parts of Magic: the Gathering. The primary win condition for most decks is attacking, so it’s important to make the right decisions to protect yourself. However, first you need to know how blocking works in MTG.

When your opponent attacks you, you have a chance to block their creatures. Any untapped creature you control can be used to block, and each one can only block one attacking creature. Instead of dealing damage to you, the attacking creature will deal damage to your blocker, and your blocker will deal damage back. This is the most common way to preserve your life total during a game of MTG.

Blocking will happen in just about every game of MTG, and it often makes the difference between winning and losing. There are lots of nuances to combat, so let’s take a look at some common questions and interactions.

How Does Blocking Work in MTG?

Once you declare blockers, all creatures will deal their damage at the same time. If you decided to block any creatures, the attacking and blocking creature will deal damage to each other. Unless there are special effects or abilities, you won’t take any damage from a creature that you blocked.

Let’s look at a short example before diving into the specifics. Your opponent attacks you with three 2/2 creatures. You decide to block one with a 3/3, another with a 2/2, and leave the last one unblocked. Your 3/3 will deal three damage and take two, surviving the attack and killing the 2/2. Next, your opponent’s 2/2 and yours will both die. Finally, the 2/2 that you didn’t block will deal two damage to you. Remember: all of these creatures deal damage at the same time. 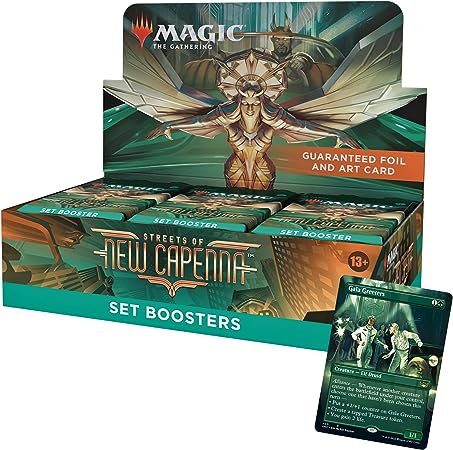 Can You Tap a Creature after Blocking in MTG?

Yes! After blockers are declared, both players have priority to cast spells or activate abilities. If you had Mother of Runes, for example, you could use its ability to make your blocks even stronger. Let’s say your opponent attacks you with Thragtusk, and you block it with Mother of Runes. You can then tap Mother of Runes to give it protection from green, preventing any damage Thragtusk would deal. Mother of Runes Buy on TCGPlayer
We earn a commission if you make a purchase, at no additional cost to you.

It’s also important to note: tapping a blocking creature doesn’t remove it from combat. You can only declare untapped creatures as blockers, but the game doesn’t keep checking to make sure they’re untapped. Feel free to use those tap abilities to get extra value!

Blocking with Two or More Creatures in MTG

Sometimes, your opponent will attack you with a creature that outclasses your cards individually. If you put your creatures together, however, you might be able to deal with it. Blocking with multiple creatures can get rid of threats you otherwise couldn’t deal with.

For example, let’s say you block Sewer Crocodile with six 1/1 creature tokens. Your tokens each deal one damage to the croc, which will kill it. The crocodile, however, only gets to deal three damage divided amongst the tokens. That means it can only kill three of your creatures.

Who Chooses Blocking Order in MTG?

Let’s take a closer look at how blocking with multiple creatures works in MTG.

When you block with multiple creatures, the attacking player chooses their blocking order. This refers to the order in which the attacking creature will deal damage to them. In our previous example, the Sewer Crocodile would deal one damage to the first token in the order, then one to the second, and one to the third. The other three tokens would still be in a set order, but there’s no more damage to be assigned to them. 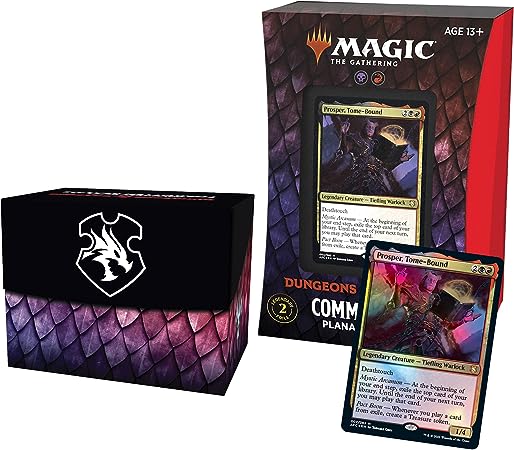 Adventures in The Forgotten Realms Commander Deck – Planar Portal (Red-Black)
$69.99
Buy On Amazon Buy On TCGplayer
We earn a commission if you make a purchase, at no additional cost to you.

It’s also important to note that the attacking creature doesn’t have to split up its damage as evenly as I’ve just described. Instead, you might choose to deal all three damage to the first token, or two to the first token and one to the second. Ripjaw Raptor Buy Now
We earn a commission if you make a purchase, at no additional cost to you.

Just remember: you can’t spread out your damage however you please. Before you move to the next creature in the order, you have to at least assign lethal damage to the creature before it.

What Happens If a Blocker is Removed from Combat?

If an effect removes a blocker from combat, the attacking creature still won’t deal damage to the defending player. The game sees that creature as “blocked,” regardless of whether or not the blocker is still around for damage resolution. Keep that in mind when timing your removal spells!

How Do MTG Keywords Work with Blocking?

Now that we’ve gone over the nuts and bolts of blocking, you might be wondering what happens with more complicated creatures. Plenty of common keywords in MTG interact with combat, so you’ll want to know how to play around them.

Flying is a pretty simple mechanic. If a creature has flying, only a creature with flying or reach can block it. After all, it’ll just fly above anything that’s stuck on the ground.

Reach doesn’t have any extra rules. A creature with reach can block creatures with flying, but any creature that can normally block can still block it.

Trample is perhaps the best way to get through a of blockers. If a creature has trample, it can deal damage to a player even if it’s blocked. Here’s how it works:

Once blockers are declared, you assign damage like normal. However, any excess damage that a creature with trample would deal can instead be dealt to the defending player. If you attack with a Colossal Dreadmaw, for example, and your opponent blocks with a Young Pyromancer, you’re in luck! You only need to deal one damage to kill the pyromancer, leaving five extra damage to send at your opponent. Magic The Gathering Strixhaven Commander Deck – Silverquill Statement (Black-White) Buy Now
We earn a commission if you make a purchase, at no additional cost to you.

You might be wondering: what if something was blocking a trample creature, but got removed from combat? In this case, the trample creature gets to deal all of its damage to the player. It has no creatures to assign lethal damage to, so it skips right to damaging the defending player.

If a blocking creature has lifelink, you’ll still gain life when it deals combat damage to the attacking creature. Remember, creatures in combat deal damage at the same time.

If a creatures has deathtouch, it will destroy any creature it deals damage to. This makes deathtouch creatures excellent blockers. Even if your creature typically wouldn’t deal enough damage to kill your opponent’s attacker, deathtouch gets the job done.

Well, not all creatures deal combat damage at the same time. If a creature has first strike, it actually deals its damage before other creatures. First strike is great for attacking or blocking because it makes combat so hard for your opponent.

When your opponent has a first strike creature that can block, it can ruin your attacks. You might not be able to push any damage through, or even trade creatures with them.

Double strike works similarly, but it’s even stronger. A creature with double strike deals its damage before other creatures, like first strike, but it also deals damage when regular creatures do, too. Hence, the “double” in double strike.

Creatures with protection also make great blockers. Let’s reverse that last example. If your opponent attacks you with Nashi, you can block it with Valeron Outlander. In this case, protection from black is excellent because it prevents black sources from dealing damage to your creature. You would deal lethal damage to Nashi, and your own creature would leave without a scratch. No matter which side of the battlefield it’s on, protection makes a huge difference in combat.

Hopefully, you have a better understanding of how blocking works in MTG, as well as some tricks you can use to come out ahead. Combat is one of the most difficult parts of MTG, and there are plenty of abilities and circumstances that might complicate your blocking decisions. However, you should now have a solid foundation to build upon, so get out there and stay safe in your next match!