One of the most rewarding parts of playing at prerelease events and/or buying MTG products is getting awesome Promo cards. The Lord of the Rings: Tales of Middle-Earth release is still a long way away. Thanks to the Magic 30-year anniversary celebration cards, however, we already know what some of the Promo cards for the set will be!

The Lord of the Rings: Tales of Middle-Earth Promo Cards will be: Tarmogoyf (Japanese language), Glen Elendra Archmage, Acidic Slime, and Terrastodon. These four cards are part of the Magic 30-year anniversary celebration cards, which commemorate some of the most important cards from MTG’s thirty-year history.

Promo cards are an awesome incentive to make it to events and to grab yourself some sealed boxes. Not all Promos are created equal though. Some of them are amazing, while others are amazingly mediocre. In this article, I’ll break down everything you need to know about the LOTR Promo cards. Let’s get right into it!

The Lord of the Rings: Tales of Middle-Earth MTG set is set to release sometime in Q3 of 2023. As of right now, we don’t have an exact date. But, based on past schedules, we can expect the LOTR set to come out sometime between late Summer and early Autumn.

How to Get Lord of the Rings Promo Cards

The buy-a-box and Bundle Promos for the set haven’t been announced yet.

Are The Promo Cards Related to The Lord of the Rings?

Looking at these Promo cards, you might be asking yourself: “Wait, what does Tarmagoyf have to do with Middle-Earth? Am I missing something?”

No, you’re not missing anything. Although almost every modern work of Fantasy is in some small way related to LOTR (such is the sweeping influence of Tolkien’s masterpiece), these Promo cards don’t really have anything to do with The Lord of the Rings.

Instead, they were simply chosen as part of the Magic 30-year anniversary celebration. All four of these cards were chosen simply because they played an important role in MTG’s history. Not because of any connection they might have to The Lord of the Rings.

I for one can’t wait until The Lord of the Rings: Tales of Middle-Earth gets closer to its release. I’m a huge fan of LOTR and Magic: the Gathering, so I’m definitely in for a treat.

The promo cards for the set, while not LOTR-related, are going to be awesome as well. After all, the cards included in the Magic 30-year anniversary celebration are basically like MTG Hall-of-Fame cards. And any cards worthy of that honor are certainly worthy of Promo treatment.

All in all, you definitely won’t want to miss out on your local prerelease event when this set rolls around. 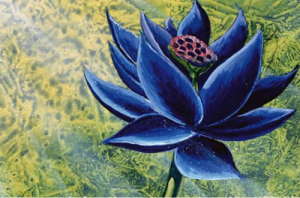