Dominaria United is behind us. The release of The Brothers’ War has come. However, these were only the beginning of what the next year holds for Magic: The Gathering. During the Wizards Presents presentation, Wizards of the Coast gave us a look into what the end of 2022 brings. As well as what we can expect all throughout 2023. There’s a lot of exciting stuff to unpack here. So, let’s get right into the MTG 2023 release schedule.

The 2023 release schedule is as follows:

Not only does the storyline kicked off in Dominaria United span across four whole sets. It also brings with it the return of Phyrexia. Then, we are shepherded back to Eldraine; A land of epic fairy tales. And finally, back to the frontiers of Ixalan. Below you’ll find all of the key dates and information for these upcoming sets. As well as a look at a few more surprises that Wizards has to offer. 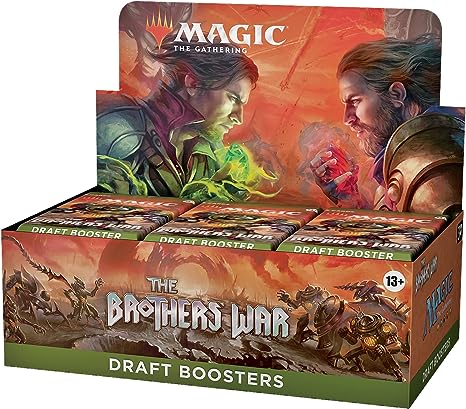 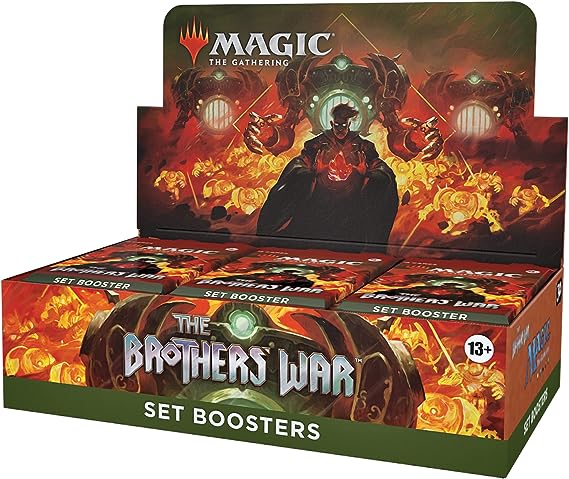 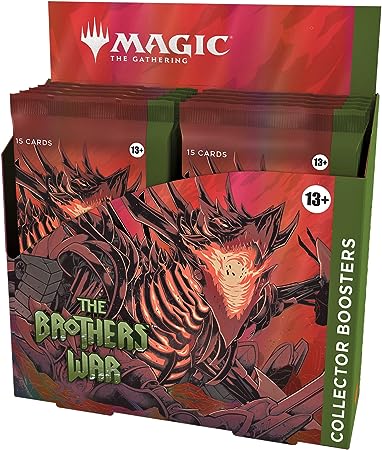 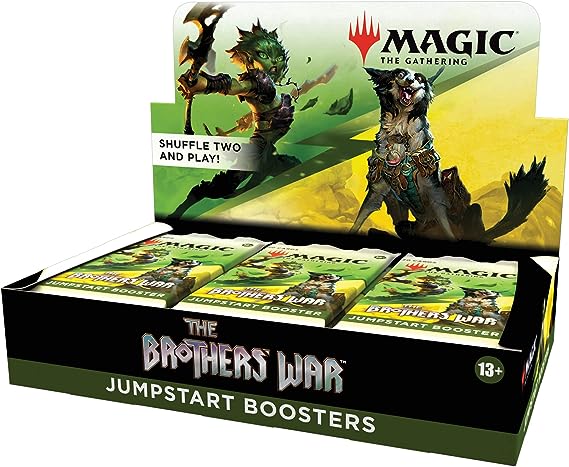 Here is everything we know so far about these next sets release.

Phyrexia: All Will Be One

March of The Machines

March of the Machines: The Aftermath

The Lost Caverns of Ixalan

To commemorate its 30-year anniversary, Magic: The Gathering returned to its very first plane, Dominaria. However, the ancient enemy of the plane, the Phyrexians, also returned and once again threatened the plane. This let to iconic heroes and unlikely allies banding together to save the multiverse.

This set had so much going on that it’s impossible to cover it all in one spot. Here are some in-depth articles about anything you may have missed:

The Brothers War keeps us on Dominaria but takes us to the distant past. Here we will get to experience firsthand the events of the legendary Brothers’ War between Urza and Mishra. Not only will the story play through key moments of the cataclysmic battle but also gives us a look at the massive robots and machines that the war was fought with.

It will feature both Urza and Mishra-themed prerelease kits. It will also include Jumpstart packs, allowing players to jump right into the action of the set. Lastly, the set gives you the chance to get more of the Magic 30th Anniversary promos that started with Dominaria United.

Phyrexia: All Will Be One

On February 3rd of 2023, we return to one of MTGs darkest planes – Phyrexia. This set will pick up right where The Brothers’ War leaves us. We’re still not sure what the Phyrexians have in store but one thing is for sure though, the battle between Dominaria and the forces of Phyrexia will continue in this set.

Related: Phyrexia: All Will Be One – Spoilers And New Mechanics

March Of The Machines

In the second quarter of 2023, we will have the conclusion of the events of the three previous sets. The outcome is unclear as of now, but when the last war drum sounds and the dust settles, Dominaria, the Multiverse, and Magic itself will be forever changed.

March Of The Machines: The Aftermath

In the third quarter of 2023, we venture back to the fairytale world of Eldraine. This go-around we venture out from the kingdoms and keeps we saw with the first set and venture into Eldraine’s wilds. A place filled with adventure – But also great danger.

The Lost Caverns Of Ixalan

In the fourth quarter of 2023, we make a long-awaited return to Ixalan. A plane full of exploration, vampires, pirates, merfolk, and dinosaurs. In the Lost Caverns of Ixalan, we will explore not the sea or the land – But underground. 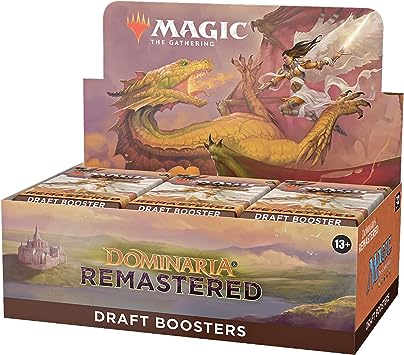 Magic: The Gathering Dominaria Remastered Draft Booster Box | 36 Packs (540 Magic Cards)
$223.30
Buy Now
We earn a commission if you make a purchase, at no additional cost to you.

Dominaria Remastered releases early in 2023 and will first be available at WPN Premium game store Preview Events one week before the release. The set will stretch across Magic’s history collecting all things Dominaria to bring together a set of cards representing Dominaria’s history and infamy. These cards will span from the earliest sets to the most current.

Lord Of The Rings: Tales From Middle-Earth

This epic, long-awaited crossover brings the world of MTG into Middle Earth. The set will feature an authentic look and the feel of the LOTR world. As well as the characters, weapons, locations, and the story moments that fans hold dear.

Magic: The Gathering’s Universes Beyond Doctor Who collaboration also comes in 2023. It brings with it four new Commander Precons, special card treatments, Collector Boosters, and a Secret Lair as well.

Dominaria United was just the starting point for an epic story arc that spans four whole sets. As big as the tale is shaping up to be, Wizards of the Coast shows no sign of slowing down as we move into 2023. Furthermore, there are lots of epic sets and crossovers on the horizon. I hope you found all the info you were looking for today and will check back for more on these future sets as the information comes.