March of the Machines will mark the conclusion of the epic story that kicked off with Dominaria United. Aside from that, however, we don’t know much yet. The set as a whole is shrouded in mystery and speculation so far. The only other thing we know for sure is that the multiverse and the game of Magic won’t be the same afterward. So, let’s take a look at what we know so far and take some guesses about what we don’t.

The set symbol is the sword of Elspeth inside of an angled Phyrexian symbol.

Elesh Norn has assembled her “Machine Legion” and is preparing to invade and conquer the entire multiverse for the glory of Phyrexia. With the whole multiverse in danger, heroes from many different planes have come together to thwart these efforts. The details of what goes down aren’t out yet… But one thing has been pretty clear – Magic won’t be the same after this set. Let’s take a deeper look at the lore and story starting with the Villains.

Related: Phyrexia: All Will Be One – Commander Precons And Deck Lists

Elesh Norn is at the helm of the Phyrexian evasion and is the “Mother of Machines” in the set. This is because she has a mechanical army at her back, hence the set name as well. These machines have three main sects and they mainly differ in their preferred methods of achieving a compleate takeover. They are The Flesh Singularity, The Porcelain Legion, and The Disciples of Karn.

This is perhaps the simplest and most brutal of Elesh Norn’s organization. They prefer to strip the flesh from though who oppose them and when they break their bodies, they simply sew them back together.

This sect is my personal favorite. They augment and change all manner of living things for their own bidding by adding white porcelain-like metal plates into their bodies. All of the Pherxians that are under Elesh Norn have at least some white metal on their bodies so these modifications have always sort of served as a brand.

This subsection is the one that tortured Karn to near madness and doing so is now the backbone of their philosophy. They drove Karn insane hoping to draw some sort of insight or knowledge from fracturing the Planeswalker’s psyche.

As mentioned, the Phyrexians are coming after the multiverse as a whole, not just a single plane. So, heroes and Planeswalkers from multiple planes have joined the fight to oppose them. That means that March of the Machines may be the first set to bring several planes together as one.

As of now, we know that Teferi, Thalia, Quintorius Kand, Chandra, and a few more have taken up arms, as they are visible on some packaging. This also means that we may be visiting, Kaldheim, Kamigawa, Zendikar, Ravnica, Kaladesh, Theros, and Strixhaven.

I think the Phyrexians are going to be somewhat successful in their efforts and at least some number of planes or Planeswalkers are going to fall under their control and may never come back to the way we once knew them.

We See Eldrazi Make An Apperance

That’s right, Eldrazi are coming to March of the Machines. It seems pretty clear that this set will take us to Zendikar. What’s trapped on Zendikar? The Eldrazi. What better trump card to help fend off the March of the Machine than that? I don’t know how either side would harness their power for their cause but I think one way or another they will make an appearance.

March Of The Machines Spoilers

There are no official spoilers out yet. So, we don’t have any cards to look at yet. However, I have at least a few ideas as to what we might see. First, considering that Teferi, Thalia, Borborygmos, and Quintorius are on the packaging, it’s safe to they will have cards in some form or another.

Other than that, I have a few guesses of my own.

As mentioned above, I think we will see a number of Eldrazi cards in the set. Whether they are on the side of the multiverse, the Phrexians, or neither one is hard to say. Could you imagine a Phyrexian version of an Eldrazi or vice-versa? That said, I think meld cards like Brisela, Voice of Nightmares, and Mishra, Claimed By Gix will make another appearance here.

I am also going to go out on a limb and say that we may actually see a version of Omnath that includes black mana. I could foresee the black mana pip being added if he were to be corrupted by Phyrexian Oil.

Here’s a look at all of the different March of the Machines products that will be hitting shelves upon release.

Prerelease is the very first chance that players will have to actually get their hands on the cards. They’ll contain: 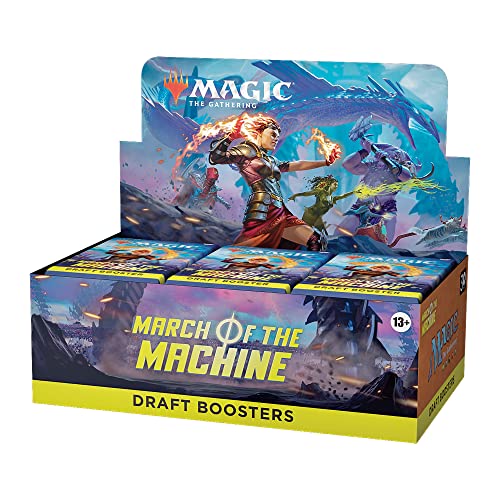 March of the Machine Draft Booster Box
$140.30
Buy On Amzaon Buy On TCGplayer
We earn a commission if you make a purchase, at no additional cost to you.

Another popular way to play with the cards they day they release is by playing Draft. If you do, these are the packs you’ll be opening as they are balanced for Draft. They contain: 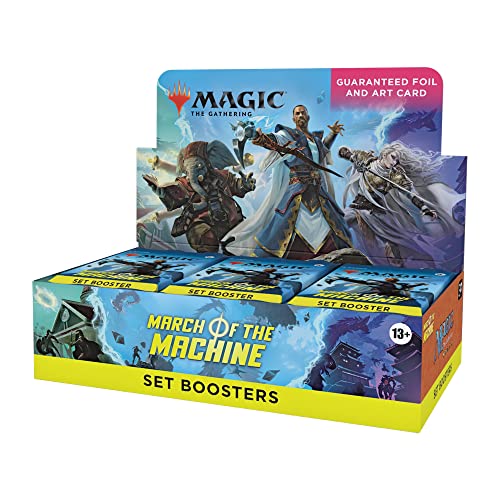 March of the Machine Set Booster Box
$151.13
Buy On Amazon Buy On TCGplayer
We earn a commission if you make a purchase, at no additional cost to you.

Set Boosters are the packs you want to be opening if you’re simply looking to have the most possible amount of fun, these are the packs for you. They contain: 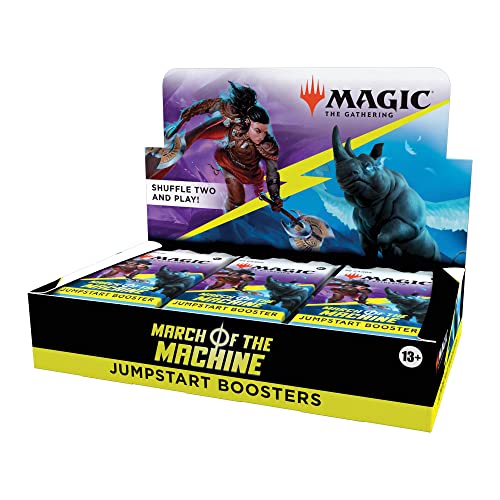 March of the Machine Jumpstart Booster Box
$94.65
Buy On Amazon Buy On TCGplayer
We earn a commission if you make a purchase, at no additional cost to you.

These boosters contain 20 cards that share a theme – By shuffling two packs together you have a ready-to-play deck. Here are the non-unique contents: 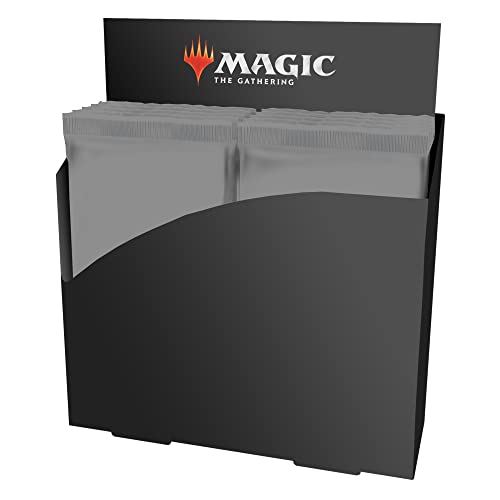 March of the Machine: The Aftermath Collector Booster Box
$235.78
Buy On Amazon Buy On TCGplayer
We earn a commission if you make a purchase, at no additional cost to you.

Collector Boosters come with the rarest, flashiest, cards that the set has to offer. However, they also have the highest price tags of any boosters. They will contain: 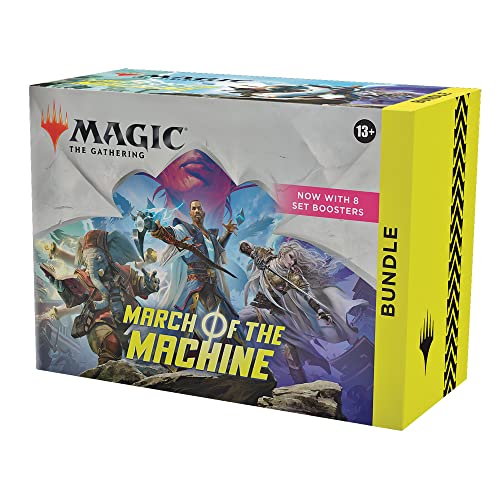 March of the Machine Bundle | 8 Set Boosters + Accessories
$53.40
Buy On Amazon Buy On TCGplayer
We earn a commission if you make a purchase, at no additional cost to you.

Bundles contain several Set Boosters as well as other accessories. They are fun to open and make great gifts. March of the Machines Commander Precons Buy On Amazon
We earn a commission if you make a purchase, at no additional cost to you.

There are a total of five commander precons for this set. However, as of now, that’s all we really know for sure. Considering that there are five decks, perhaps there will be a mono-colored deck for each color. Wizards have done this exact thing in the past, so I wouldn’t doubt it but only time will tell. For now, here’s what we know about the contents:

March of the Machines will be legal in all formats. This includes Standard, Pioneer, Modern, Vintage, Legacy, Commander, Brawl, and Historic. All of the commons will be legal in Pauper as well. That said, I think this set will be quite powerful and will contain cards that will see play in a multitude of formats and that there will be cards banned in multiple formats as well.

I’m pretty excited about this set. I’ve been looking forward to this one since it was revealed that the storyline that began with Dominaria United would span a full four sets and end here, come April. Thanks for taking an early look at the March of the Machines spoilers, story, and speculation with me.