Dominaria United marks the 30th anniversary of Magic: the Gathering. In addition to making a return to one of the most beloved setting in all of MTG, Dominaria United is giving us all sorts of special stuff to look forward to, not least of which is real cards from the original Legends set! What about the Dominaria United box toppers, though? Does Wizards of the Coast have something special planned for those as well? I’m glad you asked.

As it turns out, Dominaria United will feature 20 different box toppers, all of which will be upgraded versions of Legendary creatures from the original Legends set!

Read on for a deep dive into the box toppers for Magic’s newest set, Dominaria United.

The original Legends set came out all the way back in 1994. Legends brought us several figuratively legendary cards like Library of Alexndria, Tabernacle at Pendrell Vale, and Chains of Mephistopheles that have heavily influenced the game of Magic. What turned out to not be so legendary about the set, however, was the Legendary creatures.

Despite being super flavorful and iconic, the Legendary creatures from Legends all kind of stink in terms of power and playability.

That’s why Wizards of the Coast decided to take 20 of these OG Legends and reimagine them, giving them upgraded stats and abilities. These 20 updated Legends will be given as box toppers for Dominaria United, and will also be included in collector booster packs.

These reimagined Legends will also be included within Collector Booster packs in Foil-Etched and non-Foil versions. 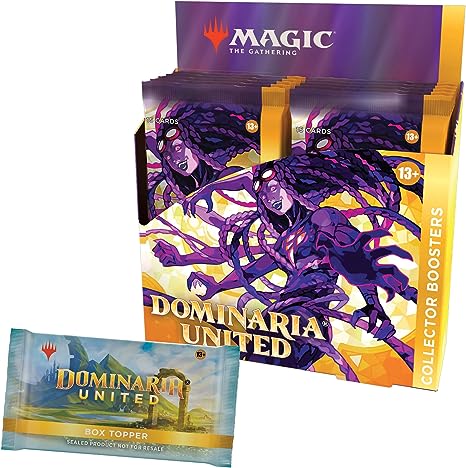 Dominaria United Collector Booster Box | 12 Packs + Box Topper Card
$204.80
Buy On Amazon Buy On TCGplayer
We earn a commission if you make a purchase, at no additional cost to you.

No, the Legends Retold are technically a part of the Dominaria United Commander set, meaning they won’t be Standard legal. They will, of course, be legal in Commander, Legacy and Vintage however. 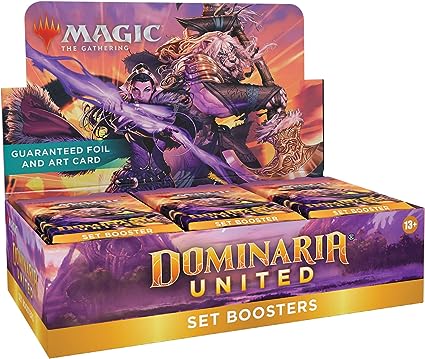 Dominaria United Set Booster Box | 30 Packs + Box Topper Card (361 Magic Cards)
$122.99
Buy Now Buy On TCGplayer
We earn a commission if you make a purchase, at no additional cost to you.

I’m personally super excited to get my hands on these Legends Retold cards. I think Wizards did a great job keeping the original flavor while upping the power level and the playability.

Dominaria United releases September 9th, and Prerelease starts a week earlier. Until then, be sure to check back here often for all the latest news and spoilers.